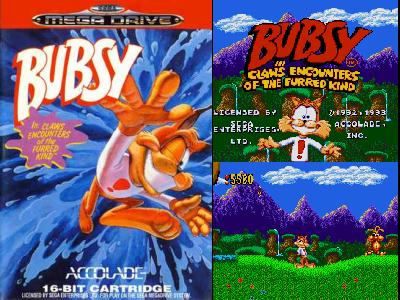 Bubsy - Claws Encounters of the Furred Kind para Megadrive PAL con caja y manual, con caja sin manual In this 15-level action game you are Bubsy the bobcat, who have to defeat the Woolies the aliens, which steal balls of yarn. There are five different locations such as jungle, wild west, etc., where you have to jump and land on your enemies to kill them. Each time to finish the level you have to defeat the boss, who sits in alien ship.