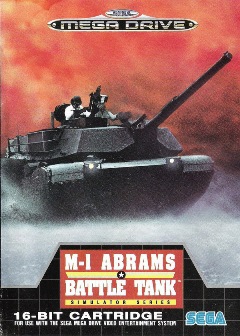 Old and rather dated military ground combat sim that highlights the American M1 Abrams main battle tank, the same that earned its legendary reputation during the Gulf War.

A decent enough simulation of what it's like to operate a modern military battle tank. Shooter fans will get quickly bored, but the sim fans will love it. Features decent polygonal graphics and excellent gameplay, but the sound is downright crappy.